Just for freelancers.
Advance your career. 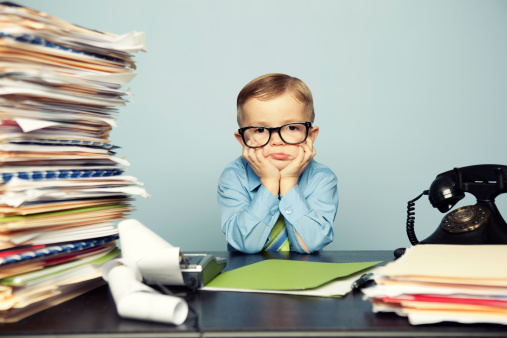 I HATE TAX TIME. There, I said it.

Once upon a time, tax time was magical. When I worked a regular job – the kind where I had to put on real clothes and leave the house – all I needed to do was fill out a simple form and someone would mail me a big fat check. Since taking up a career as a freelance blog writer, however, tax time has become an endless slog of paperwork and paranoia.

The biggest problem, in my opinion, is not the endless pile of forms and worksheets to fill out, nor is it the threat of moving up a tax bracket and suddenly needing to pay way more than I counted on. It’s the stupid instructions that come with the tax forms. Each year, I dutifully download a bajillion PDFs from the IRS website. They’re like one of those “choose your own adventure books,” except not fun.

When I have a question, I’ll start reading a blurb that seems relevant. Halfway through said blurb, the instructions say, “Refer to Supplement C, page 36.” Ok, I got this, and now I’m reading Supplement C. Supplement C then directs me to Form 23423094-D, which asks me to fill out Worksheet 234098-A, which then tells me I need to refer to Publication 234-B, page 102. By the time I’ve chased my own tail through 10 PDFs, I’ve forgotten what I was trying to look up.

Then there’s the section dealing with itemized deductions. Let me tell you that the first time I filled this portion out, I was totally unprepared. I always operated under the assumption that deductions reduced my tax burden by something like three cents, so I didn’t bother tracking my relatively minor expenses. In the name of science, I decided to deduct the cost of a keyboard I had recently purchased. My tax debt went down by $40.

Right then and there, I realized that every receipt for every last pen, pencil and paperclip was like a handy-dandy tax coupon. TLC could have made a brand new show about the week that followed. Perhaps something like “Extreme Couponing: IRS Edition,” featuring me sitting on the dining room floor amid a pile of receipts.

Eventually, though, I start running out of forms to fill out and I realize that the tax mess is drawing to an end. That’s where the paranoia sets in. Oh no… Were my quarterly payments large enough? Did I save enough to cover the remainder? What was my adjusted gross income estimate? Is the math right? I’m going to owe so much money. Do they still have debtor’s prisons?!

This year, I’m proud to say it only took a couple of days and a modest amount of hair pulling to get my tax forms ready. Sure, they’re crusty with a layer of correction fluid, and there’s at least one coffee stain on them. But you know what? It’s going to the IRS like that because between last year’s tax forms and this year, my printer’s ink dried out and I’m not going to town for more.

Amber K hopes debtor’s prison has great Wi-Fi so that she can keep writing even after the auditors come to lock her away.