← Your Guide To The Kansas City Writing Scene
Freelancers: Without the Cog, Would the Wheel Still Turn? →

Hashtag Madness: When These Hashtags Were Posted, An Angel Broke Her Hip 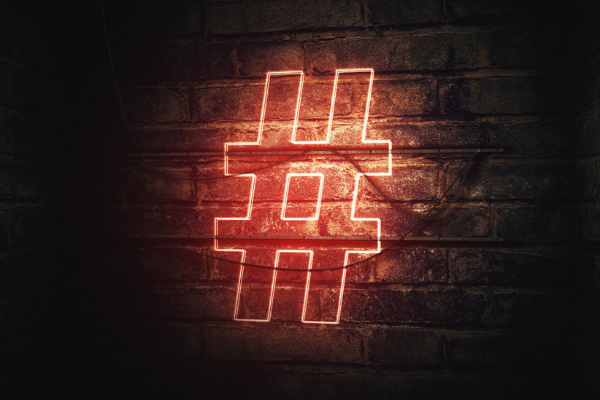 Hashtags. They’re fun. They’re hip. They’re a great way to draw attention to an issue. And they are also a one-way bullet train to majorly screwed up public relations if you don’t take great care to know what a badly chosen hashtag might do to your reputation if you release it.

A hashtag is a bit like an Internet meme in that it is linked to a wealth of associated ideas. The difference between a hashtag and a meme is a hashtag links you to search results for the indicated subject. Whereas, a meme links you to a host of ideas only by way of suggestion. A meme is powerful because it is funny, easy to understand, and has massive cultural relevance. A hashtag is just a word or phrase hyperlinked to similar places and results on the Internet.

Needless to say, a hashtag can be a great way to push a message, aid a movement, or highlight a brand. But they can also be a one-way ticket to humiliation town. So, with no further ado, here are some of the grandest hashtag failures ever published.

In a previous article, we talked about DiGiorno’s Pizza’s epic hashtag fail, #WhyIStayed. It featured an apparent domestic violence victim and seemed to suggest that pizza is a good reason to put up with it. Yeah, so–that’s not exactly tops.

Why it Fails – Nothing justifies domestic violence, or using it in your marketing. Period.

On the very same weekend that anti-racism protester Heather Heyer was fatally run down by a white supremacist in a Dodge Challenger, the auto manufacturer decided to promote a drag racing event known as Roadkill Nights, with the hashtag #RoadKillNights. To be fair, Dodge probably had the ad already lined up to run and almost certainly did not mean to mock the grisly death of the young woman. Still, it’s not going to be on any short lists of well-timed ad spots.

Why it Fails – Timing matters. It really, really matters.

At a time when ironic humor and strange mascots seemed to be doing wonders for brands like GEICO, the Greyhound bus company decided to get into the act with a personified dog in a suit talking about the company’s greatest hashtags. They invented the awkward “#FOMOOGLF,” which sounds like an issuance from an obscene act, (like the obscene act alluded to by the next hashtag failure). It’s impossible to remember how to spell it, and there’s really no meaningful cultural touch points for the hashtag to link to.

Why it Fails – It’s awkward, sounds gross, and is more or less useless as a click generator. It makes me feel like I’m going to need a medium sized towel and a bowl of hot water.

Marketing Hashtags Just for the Hell of It

Our dishonorable mention contenders earned this distinction by not understanding what hashtags are, just going along with a trend for the heck of it, and making us kind of tired of the whole idea of hashtags.

For some reason, the Easter candy manufacturer PAAS decided to put all kinds of meaningless terms on plastic eggs. Meaningless terms like #besteggever. ‘Big deal,’ you say? The problem is, it’s meaningless and doesn’t even lead back to a PAAS landing page. They also used the hashtag, #EasterHashtag. That’s about as useless as a dress on a cow.

This normally savvy marketing entity used the hashtags, #Noregrets and #Nofilter. Why? No one is posting anything to do with those notions, especially not in conjunction with car insurance. It’s just a waste of typographical space adorned by a cartoon reptile.

These geniuses put the words “Hashtag Chocolate” on the front of the ice cream cartons. It’s not even good ice cream, and this makes it worse. It’s so stupid… I’m done… I’m just done.