Engaging the Reader: “Are You Talking to Me?”

The first time I saw the movie Taxi Driver, I was mesmerized by the sight of Travis Bickle (played by Robert DeNiro) confronting himself in a full-length mirror and demanding, “You talking to me?” He grew more and more belligerent as he repeated the question.  What was his imaginary adversary saying to stir Travis up so?

Wayne C is a 5-Star Writer at WriterAccess

Perhaps he was saying, Would you like to donate five dollars to help hungry children in Africa?

No wonder Travis was agitated.

In the world of philanthropy, asking for money is a science, complete with a growing body of research and opinion—books, articles, blogs, and what-have-you—that’s impossible to keep up with.

In that unique corner of philanthropy called grant writing (my specialty), the literature is even more profuse. If ten people have different opinions on how to ask an individual for a major gift, you can bet at least twenty people differ on how to approach a foundation for a grant; and fifteen of those people have written books about it.

When writing proposals, I often turn to books myself for insight and inspiration. Dalya Massachi’s Writing to Make a Difference is a favorite. Ms. Massachi is a champion of clear, direct prose that gets to the heart of the matter. Another favorite book, though it has nothing to do with grant writing per se, is Spunk & Bite: A Writer’s Guide to Bold, Contemporary Style, by Arthur Plotnik.

To be sure, Plotnik’s advice can be a bit extreme at times. You don’t want to use words and imagery that are so colorful they distract the reader from what you’re trying to say. But how can you be sure you’re striking an authentic conversational tone?

The answer is simple: read your work aloud. The tongue never lies; it reveals the truth about your writing by tripping over it, if it’s awkward. A few years ago, I wrote a well-crafted grant proposal to send to a major foundation. I felt good about the process, until the CEO of the company I worked for slapped a cover letter on the proposal that began with this sentence: “I am so greatly appreciative of this opportunity to communicate with you.” She felt that longer words are more appropriate for business writing than shorter ones. How much better—and better-sounding—it would have been to say, “Thank you for allowing us to submit this grant proposal.” Ahhh, that passes the “read it aloud” test. 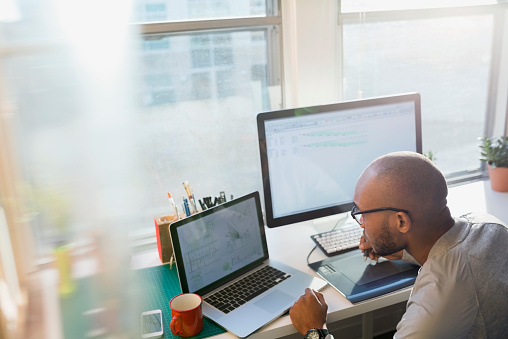 Another topic for debate in grant writing is the use of the word “help.” Many executives are afraid of this word because it makes a strong statement—too strong for their tastes. “Our clients don’t need help,” these executives will tell you. “They need assistance.” Hiding behind the three-syllable elegance of “assistance” makes them feel better.

In reality, your organization’s clients need help, and you are asking for help. Rather than “assistance in augmenting or ameliorating the quality of nutrition they provide their families,” these folks need “help in putting good food on the table.” If you read these two wording options aloud, you’re bound to vote for the latter.

Here’s another example from my own experience. I was working for a museum that wanted to digitize a portion of its collection—in other words, photograph its artifacts and put the images online for the public to see. There already were some images online of similar artifacts, and when I looked at them their beauty took my breath away. As a result, in the grant narrative I referred to the joy of looking at these objects.

This led to an interesting discussion. It turned out the museum administrators were nervous about using the word “joy.” It didn’t sound “professional” to them. In the end I took out the word. It made me sad that this institution was truly bringing joy to the world, but was hesitant to say so.

That’s not to say there’s no such thing as a need for more formal writing. A white paper, for example, is not usually written in a conversational style. But it doesn’t have to be dull, either. A more formal style can also be engaging; but for me, at least, it takes more work to make this style succeed. Again, reading aloud is the acid test.

Another bone of contention in the grant writing world: should proposals be written in the first person or third person? I always favor the first person. It assures the reader that, yes, there is a warm-blooded somebody behind the statements being made. It’s also less clunky than using the third person and having to repeat the company’s name over and over.

Now, are you talking to me? Well, I’m talking to you—on the page, computer screen, or tablet. The result: both parties are engaged!

5-Star Writer Wayne C is a GPC certified grant professional with over 20 years of experience in grant writing, bringing in millions of dollars for nonprofits in human services and the arts. He has also written appeal letters, newsletter articles, brochures, performance programs, press releases, social media posts, book reviews, film reviews, biographies, and many other types of material.