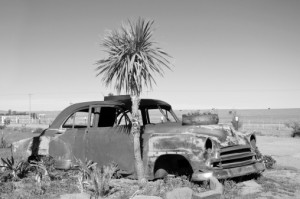 Because of the interest in automotive topics by car aficionados, as well as car companies and dealers, who want to maintain consumer awareness, automotive content remains a popular online area for both businesses as well as car fans. As a result, there is plenty of opportunity available for marketing writing ranging from top five lists to automotive how-to repair advice columns.

Automotive content is not an area that general marketing writers can just jump into. Because cars, vehicles and trucks are inherently technical in design and construction, automotive content writers must have a fairly good understanding of both the history of topic vehicles as well the engineering, design and mechanical construction. Granted, a person doesn’t need to be a rocket scientist, but it helps tremendously to understand the product through personal experience as well as secondary research.

The problem with a general writer just picking up automotive content production with only secondary research is that he or she may not necessarily know the nuances of a particular vehicle model, and nuances alone can generate mounds of discussion among experts and car fans.

For example, in 2002 Toyota released a modified model of the Toyota Tundra truck line. The truck model was an upgrade of the original T100 vehicle as well as a renaming effort due to litigation with Ford and its F150 truck. The Tundra was also Toyota’s first foray into the full-size truck market. While the Tundra remained a popular choice among truck drivers who wanted more than just a utility vehicle, the front brake caliper design on the Tundra caused a lot of grief for Tundra owners nationwide, triggering front-end wobbling and vibrations within the first 15,000 miles driven. Ultimately, Toyota had to put out a technical service bulletin and warranty campaign to replace the caliper design with a better-performing part.

A writer with a background in Toyota Tundra trucks as well as the full-size truck market is not only going to be aware of this old issue with the model, he’s going to know how it was resolved, the extent of the market impact, and exactly what sort of front-end driving vibrations the problem caused a driver and truck. That combination in turn translates into quality automotive content writing which captures interested readers’ attention. The related article material is then trusted as well as any marketing advice embedded or included in the discussion, usually directing readers how to act on the matter if more information is needed.

Focus on a Niche

In addition to the above, a good marketing writer focused on vehicles doesn’t try to take on the entire car history and industry. Instead, many experienced writers focus on a particular car or truck niche rather than every car made. This allows the content produced to be more valuable for specific groups of readers who have a shared interest in a particular car brand and model. Whether the content is repair advice or industry news, it again comes across as being written by someone who understands what he’s talking about rather than a rehash of press releases from a quick internet search.

Disclosure: The author proudly owns a 2002 Toyota Tundra which is still running today with the upgraded front brake calipers.