Does Parenting Make You a Better Writer? 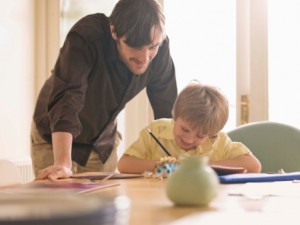 I used to think I was a really good writer. That’s when I should have been worried. However, there was no reason to think otherwise. I had a bachelor’s degree in English from an accredited school, a master’s degree from another fine university, and more than 16 years of practical work experience under my belt after graduate school. It would be logical after all that that I should know how to write effectively, right? My kids proved me wrong.

The beauty of having children and watching them grow is that you get to relive learning about the world all over again, except you do it through the eyes of your children. At first, as babies, everything is pretty straightforward. Children eat, poop, and make a lot of noise. Oh, they sleep a lot too. You get jealous of that. However, at about the age of five (some have the breakthrough a bit later—it’s not an exact science), kids start to see there’s a big world out there beyond the “oooh, shiny thing” in front of them at any given moment.

When the conceptual learning starts, a parent is also challenged to communicate effectively with his child. This was the point when my parents handed me a big stack of books dubbed the “How, When, Why” series. Obviously, I asked too many questions as a kid. Now in the same position as my mother and father, I’m trying to be different and answer questions up front, and it’s hard.

Communicating in general is not the challenge; conveying an idea that makes sense to my audience, a six and eight-year-old, is another matter. It’s obvious when I don’t connect. They get that odd look in the eye that says, “Whatever you said makes no sense, Dad. Try again.”

As a blog content writer I’ve likely been guilty of the same arrogance at times, assuming that what makes sense to me automatically makes sense to a reader. Granted, there’s the standard tools to prevent over-writing beyond an audience: reading material out load, running a grammar check tool, stepping away and re-reading material again, and similar. However, none of these tools get in the head of the audience to determine if the material makes sense to a given reader. A good writer adapts until the communication connects. Then my kids’ eyes light up, and I know they got it.

So should you go out and have kids to become a better writer? Of course not. Being a parent is probably one of the most important responsibilities a person can take on, so it’s not a trend or game to try out for fun. That said, being a parent is also a bit of an experience in the looking glass, reassessing what I thought I was good at and realizing there’s room for improvement. Our children look to use to learn their world and adapt. It’s a neat challenge learning how to be a teacher and starting all over again as a writer.