Bueller, Bueller…When to use Deadpan Humor in Content Marketing to Delight Readers 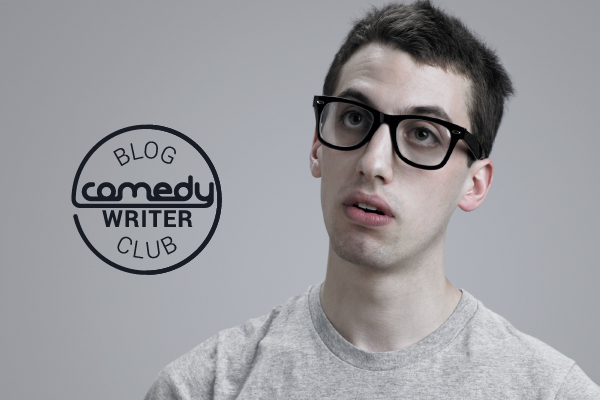 “We’re offering this laser-guided 3D-printed titanium biodegradable fully-automated ice cream scoop for a limited time. Who wants to be the first to try it? Bueller? Bueller?”

Using the famous question from the movie Ferris Bueller’s Day off is an expression that uses deadpan humor to convey the tiring experience of waiting for a response. Countless other movies have used deadpan humor to get laughs or even to communicate a serious point. TV ads have also embraced deadpan humor for years now, but then again, TV advertisers will embrace just about anything that moves.

While deadpan humor amuses moviegoers and TV audiences, can a similar brand of comedy also delight readers and motivate them to purchase something?

“Deadpan” is a compound word that combines the words “dead” and “pan.” You might be surprised to learn that the word “pan” in this case actually means, “face” and does not refer to the cooking vessel.

The word “dead” means dead, as in lifeless, still, cold, quiet, is no more, not moving, ceased to be, expired, gone to meet its maker, bereft of life, kicked the bucket, pushing up daisies, metabolic processes are now history, shuffled off its mortal coil, run down the curtain, joined the choir invisible and reminiscent of a dead parrot. That part of the phrase should not have needed an explanation, but yet, there it is.

Deadpan, then, means to say something ridiculous in a most serious way. Don’t take our word for it, though–consult with an expert.

Wikipedia, largely known for its immense paucity of humor and reliable information, says that deadpan, dry humor or dry wit “describes the deliberate display of a lack of or no emotion, commonly as a form of comedic delivery to contrast with the ridiculousness of the subject matter. The delivery is meant to be blunt, ironic, laconic, or apparently unintentional.”

The deadpan delivery of Wikipedia’s definition of deadpan is dead on, isn’t it?

So why use deadpan humor in marketing? Because it works.

Marketing has two main goals: attracting attention to a product or service, and encouraging sales. People are attracted to things that are cute, sweet, sexy and funny, so savvy marketers incorporate those elements into their campaigns. These elements help marketers develop a positive relationship quickly with potential customers.

There are a number of different genres of humor, ranging in severity of silliness. Slapstick would be at one end of the spectrum, deadpan at the other.

Humor does not have to be slapstick to be funny. Heck, deadpan humor doesn’t even have to be funny to be funny. It can even border on gross. Take Skittles’ deadpan ad about a teenage couple, in which the boy gives the girl a communicable confectionary condition, known as Skittles Pox.

Sales rose as the teenage girl foraged her beau’s face for food then broke out in delectable dermatitis herself. The 2012 ad’s message to “Contract the rainbow, taste the rainbow” was so infectious that people are still calling it gross and disgusting as they gobble up Skittles years later. This means one humorous ad can bring in clients long after the campaign is over. Which is great, if you like that sort of thing.

Other companies opt for a dryer approach, using deadpan humor to attract clients. Allstate, for example, famously and successfully combines deadpan humor with Jackass-style violence to stress the importance of a dependable insurance company. The campaign’s character, Mayhem, is the physical embodiment of what could make bad things happen to unsuspecting people. The actor, Dean Winters, keeps a straight face as the campaign detonated the insurance marketing sector with a 4.3 percent sales increase after being on air for just two quarters, according to Allstate financial results.

The deadpan approach is not for every business, though. The Skittles ad sincerely weirded peopled out–it even earned a page on the website Commercials I Hate!, which is not where you want to see your company’s name. Holiday Inn did a series of deadpan ads, such as Whale Song and Pillows for All, which left viewers wondering if the hotel chain’s marketing team was suffering from the effects of sleep deprivation.

Pulling off written deadpan is a lot tougher than using deadpan in a standup routine or TV ad, simply because the reader cannot see the writer’s expressionless face like a viewer can see a comedian or actor’s vacant stare or hear a flat voice delivering the punch line. Without the visuals of a straight-faced actor juxtaposed against a silly situation, readers may miss the joke.

Creating a deadpan voice in content marketing requires a great deal of skill to attract customers, create a relationship and drive sales–all without offending clients. Hiring a professional writer through a content marketing company is a great place to start.

So when should you use deadpan humor in your marketing campaign? Anytime you want to create a brand image that is slightly snarky, very highbrow, and a bit tongue in cheek.