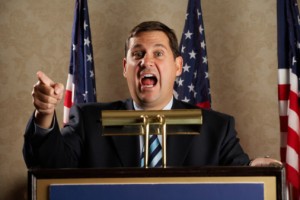 There are many ways to make a good argument. When engaged in article ghostwriting, this is very often your job. A few of the premises may be given to you, but what the client is really asking you to do is to find an effective means of arriving at a predetermined conclusion. For example, a client may want you to write an article about the benefits of drinking apple cider vinegar. The conclusion has been established—there are benefits to drinking apple cider vinegar. The client is requesting that you find the evidence (premises) that will persuade readers into accepting the conclusion that apple cider vinegar has benefits.

Some articles, however, may demand an approach that utilizes two types of arguments that are common, although often misused: a reductio ad absurdum argument and an ad hominem argument.

Rocks have weight; if they did not, they would float in the air.

Essentially, a reductio argument puts forth an assumption, A, and then shows that its contradiction would lead to absurdity. While it may be a common tool when making arguments, it is also very commonly misused, especially when in the hands of politicians, who often misrepresent their opponents’ arguments in order to avoid making a cogent point themselves. Arguing against a misrepresented proposition is what is known as a straw man argument, and looks a lot like the following:

Politician A believes that some federal programs will make life better for his or her constituents. The response from Politician B is clearly a misrepresentation of this view, as “some federal programs” and “a massive state bureaucracy that controls every facet of people’s lives” (Stalinism) are not the same. By equating the two, Politician B has done little more than look like a fool.

An ad hominem argument is a personal attack. The term, translated from Latin, means “to the man.” Such arguments are made in order to tarnish the character of one’s opponent. For example, if one wanted to debunk a study on the effects of drilling in Alaska by using an ad hominem argument, the first target would be the study’s authors. If they have a long history of working with environmental groups, then the study is a bunch of hippie nonsense. If they have a long history of working with corporations, then they’re lapdogs of the oil industry. One could also look at the group that financed the study and use the same arguments.

Notice that, in either case, the study’s conclusions are inconsequential. This is why ad hominem arguments, like straw man arguments, have become so common in politics—they have the ability to destroy the credibility of one’s opponent without actually saying anything about their ideas or policies. Though effective in many regards, they are usually fallacies that have the potential of making the one making the argument look desperate and ignorant. It is best to avoid them unless they reveal a clear contradiction between an individual and his or her position (such as a candidate running on a family values platform who has a long history of adulterous relationships).