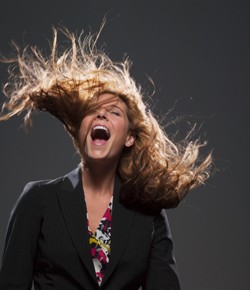 The most engaging storyteller I ever heard only spoke to friends in a lounge I once visited. He spoke about nothing of great significance or social relevance, just personal chat. I recognized him as a prominent local author. An aspiring writer myself, I futilely tried identifying what secret storytelling weapon demanded my attention when he spoke only of washing dishes and watering plants.

Months later, in English 101, I realized that he spoke completely in active voice. Anyone who heard him had to listen.

Active voice may qualify as the most emphasized but least exercised element of style. Some learn it in high school. Many learn it in college. We rarely use it enough. Active voice works because readers maintain more interest in stories about doing than about being. It fills static symbols with involving verbs, with quality content propelling our readers’ minds into our world of ideas.

Passive voice irritates writers accustomed to using active voice as much as hearing fingernails on a chalkboard. That means a writer who does not regularly cringe while listening to talk radio, or even common conversation, probably applies active voice too little. These same venues also offer great opportunities to improve applying active voice.

When, as a novice reporter, I recalled the night I heard that professional chatting with friends, I decided that speaking in active voice would help me think in active voice. Then I could infuse it into my writing more easily, and produce more stories better and faster. I spent several hours daily for two weeks self-editing intended speech for forms of “to be” before opening my mouth. When I started wincing during radio talk shows, I realized it had worked. Then I began mentally editing radio and television discussion, and just practiced speaking actively a couple of hours a week.I soon spent so much time writing in active voice that verbal practice became irrelevant.

This improved my style other ways. I wrote shorter stories, squeezing more pertinent details into less space, a true benefit in journalism. With space at a premium, often complex issues still need detailed presentation. It also made my articles stand out next to others on the same page. Even readers uneducated in writing recognized my style in occasional filler without by-lines.

Writing may seem a sedentary profession. We spend hours sitting, but our work calls thousands to action. Publishing creates a cutthroat battlefield, and active voice issues each experienced writer a secret weapon for excellence. It carries images deeper into readers’ minds, compelling them to act, rather than rest content in being.

Peter John S. is a freelance writer available on WriterAccess, a marketplace where clients and expert writers connect for assignments. WriterAccess is powered by ideaLaunch.