A Five-step Program for Creating Videos That Sell

There’s something intoxicating about video. Video blends sound and visuals into a concoction that charms and sways as no other medium can. But that power to intoxicate becomes dangerous if you fall under the potion’s influence as you’re creating it. 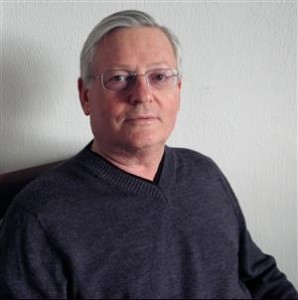 Christopher R is a 5-Star Writer at WriterAccess

Before you embark on your next business video, consider a five-step program to ensure a sober approach to the task. If you keep these guidelines in mind, you’ll be more likely to create a video your customers will watch, retain and act on.

Do you recall the last movie you saw? You probably remember the stars and maybe the director, but what about the writer? No?

Yet a writer is crucial to making movies as well as videos. The script is a plan everybody involved has to follow. It plays a key role in keeping the production on time and on budget.

You might say, “Hey, we have people who know all about our product. Why would we hire an ignorant outsider?” As you’ll soon see, ignorance can be bliss.

So your choice of ignorant outsider shows up and, if you’ve chosen wisely, starts asking questions. Lots of questions. Your experts take the time to explain, in terms they hope are simple enough for the writer to understand, how your highly complex widget works.

The writer keeps asking questions and finally says, “Say, your widget is a lot like a chimney full of squirrels.” And your experts light up and say, “Yeah, it really is.”

Now your outside ignoramus has a way to make your complex widget easy to visualize and comprehend in a short time. So it’s also easier to sell. And that brings us to Step 3.

In Hamlet, William Shakespeare has one of his most pompous characters, Polonius, say that “brevity is the soul of wit.” Even though anyone who uses the word “brevity” today would be banished for gross pretentiousness, Polonius has a point. In video, short is almost always better. 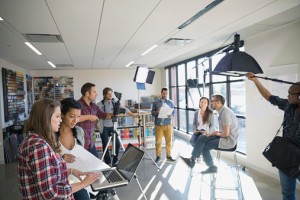 Avoiding footage fat is another reason to call a professional who can keep your video simple. Knowing too much about a subject, whether it’s an entire corporation or a single widget, can be a liability. Too much time devoted to details dilutes the message and, worse, bores the viewer. The ability to shut up can be a virtue.

Whatever the subject, your video probably shouldn’t run more than two to five minutes. Granted, this is just a rule of thumb, and there are exceptions. However, it’s good to remember that a lot more people will watch a two-minute news story than a two-hour documentary, no matter how good the doc might be.

Short and simple is great. Simple, short and fun is even better. If your story is about pretty much anything other than embalming, it can be fun.

Don’t be afraid of humor. On the other hand, be very afraid of writers who think they’re funny but aren’t. To be light, a video doesn’t have to achieve knee-slapping hilarity. It just needs to be good-natured and appealing. It’s possible to make a great video about paint drying if it sets the right tone and has a hint of cleverness about it.

When your video appeals to your audience because of its tone as well as its content, you’ve almost done everything right. You just have to master Step 5.

Step 5: Remember, it’s not about you

Whether your video highlights your company, product or service, it’s about you. But you shouldn’t be the focus. Problems can arise because of the buzz you get from making a video. You might want to be in the spotlight or think the features of your company’s brainchild should be center stage. In all the excitement, you can forget you’re talking to customers.

Your customers aren’t asking how wonderful you are and how successful you’ve been or even about all the miracles you can perform. At least, those things are secondary. What they want to know is what’s in it for them.

In other words, your video has to emphasize not just the features of your company, product or service but, even more, its benefits to your customers. As you’re reading the script your now-not-so-ignorant writer has presented to you, ask yourself, “How does this feature of my (company/product/service) help my customers? Why should they care?”

If you can’t answer these questions, demand a rewrite. You’re not getting the product you’re paying for, and you’re about to waste time and money on something that won’t do what you want it to do.

One more thing to remember: What works for you will probably work for your customers. Go back and take a look at videos that have helped sell you on a business. It could be a TV commercial or something you saw on the Internet.

Then tell that outside ignoramus about it. It could save both of you a lot of time.

5-Star Writer Christopher R is has written for clients in a wide range of industries for more than 30 years.