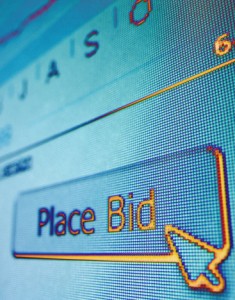 Businesses new to hiring content producers such as writers and artists can’t be blamed for feeling overwhelmed when first trying to pick up some talent on a project basis. To hire writers going blind is probably harder than trying to figure out how to change a cabin filter in a Volvo V70 Wagon for the first time (no, it’s really not as easy as you think). So some companies just hire the first candidate that comes along that seems to meet criteria or, worse, the cheapest one in the bunch. And, no surprise, a company gets what it pays for, which is often less-than-impressive work. Fortunately, there’s a different way to go about finding good help.

In the big money world of contracting and procurement, companies and agencies take in bids for work instead of just picking a vendor to do the work. The company spells out what is needed in the form of specifications. Bidders review the package ahead of time, and then they submit their price to do the job based on the information. The company reviews the bids, picks the one that best fits their need, and awards the job and contract accordingly.

The beauty of the bidding process is that it makes the service providers do the work competing for the job. This gets a small business out of the bad habit of doing all the explaining and hunting for a writer or provider. Instead, those providers do the explanation work, and the company sits back, comfortably evaluating the bids received. This avoids a number of problems that often occur otherwise, such as:

Companies hiring writers and online providers can learn some valuable protections from a formal contract bidding process. It may seem bureaucratic, but the extra screening and filtering can prevent a lot of mistakes in the longterm. And small businesses can’t afford to waste their resources, especially when trying to leverage up and grow on a bootstrap budget.