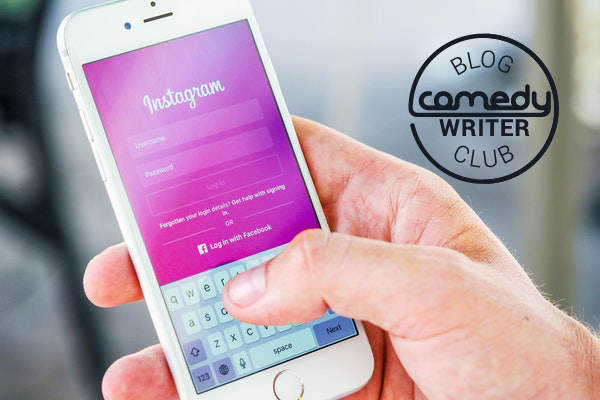 Brands often feel nail-biting ambivalence when it comes to using humor–even on Instagram. They’ll insist “use extreme caution!” with humor and then in the next sentence say “throw caution to the wind.” So how do you approach humor when you’re getting two very contradictory pieces of advice? You learn from the brands who do it well.

Here are 3 brands that use humor on Instagram that do not alienate and are worth your laughs and analysis. Despite their differing approaches, audiences, and products, they all employ humor to entice, engage, and entertain their customers and have the viral content and following to prove it.

With a name like The Honest Company, your branding comes with expectation and innate humor. The Honest Company sells baby products and pokes fun at the typical “motherhood is the holy mecca” aphorisms you typically hear with truths and jokes. Their Instagram (IG) voice turns familiar how-to child-rearing quotes on their head with the reality of the matter: referring to buying wine instead of milk or imitating your kid by running around screaming. All of these quotes resonate with exhausted parents who enjoy a brand that “gets” it instead of guilt tripping them about their parenting.

This is pivotal because baby product brands tended toward authoritative voices that promised you’d be the perfect mother  if you’d only do x, y, and buy z. The willingness to admit that motherhood is hard and there are several ways to do it and that there’s a messy reality IS new, reassuring, and refreshing. The humor used is the classic “laugh at yourself before you laugh at others” that owns up to difficulty with humility and self-deprecating nudges. What you learn from The Honest Company is that honesty can be freeing and uplifting rather than the burden of perfectionism.

Old Spice had a video about smother mothers and sons that went viral. If they can deliver advertising content that hits a topic as alienating, they’re doing something right. Here’s the thing though, Old Spice may have viral hits on their hands, but that doesn’t mean they don’t have failures. Failure is part of trying. And it’s not an all-or-nothing game. The Old Spice video with a couple putting together a puzzle of themselves with a bunch of Old Spice products doesn’t make sense to me even after watching it 4 times. Maybe because they’re excerpts from longer videos. Maybe I haven’t had enough caffeine. But the point is, find any successful brand and you’ll find endearing wacky winners AND posts that miss the mark.

Instead of doing nothing because you fear failure, do a lot so there’s bound to be success. That’s the lesson you learn Old Spice. Sometimes their signature sexy scent gets lost in major BO. And that’s bound to happen. If you let misses define you more than successes, you won’t stay in the game.  They’ve rebranded with absurd humor in such an iconic ascent, that they’ve got their customers referring to recurring commercial characters like Terry for YEARS. Few brands can create enduring characters like that but that doesn’t mean every character and every ad they write automatically turns to gold. And that’ empowering! Trying is failing and even the greats, especially the greats fail.

Totinos is the rare brand that makes memes for its content. So many brands (strangely) convulse at the thought of creating memes, thinking it too indulgent or risky. That’s laughably ridiculous once you realize how memes get the MOST engagement (comments and shares) than any other type of Instagram content. You can learn a lot from Totinos content. Totinos appeals to stereotypical introverted millennial who microwaves pizza rolls (Totinos, naturally) while playing video games or scrolling through memes. Too on the nose? No.

It’s a fun stereotype to play with, especially when Totinos become not only your hermit-haven snack, but suggests you hide Totinos in your pocket for parties and have to navigate socially awkward scenarios. They’ve created a customer-character who they offer comfort-food for in any situation and that’s solid. It’s a huge risk to make fun of your own customer base but they do it in a way that’s disarming and charming instead of undercutting and reductive. You can tell their social media strategist is not a mere executive who’s pandering, but a meme-savvy, video-game addict introvert who knows the audience well and can poke fun at the lifestyle.

Old Spice, The Honest Company, and Totinos have completely different customers bases, but what they have in common is their success at appealing to their customers and enticing customers to follow them as avidly as an infectious TV show. Their IG accounts are hilarious because they’re absurd, relevant, prolific, and surprising.

There’s a lot of inherent risk in humor but they’re brands that are willing to fail in order to succeed, willing to be honest and vulnerable rather than perfect authorities, and willing to poke fun at their customers base in order entertain. Several boards and committees probably railed against several of their content, so it’s a triumph that they got the approval and then the viral validation. They’re an excellent example to help you when you’re trying to decide what type of humorous content to create and publish for your brand’s Instagram.